Sign up for A Doll's House tickets
at the Playhouse Theatre

The production is part of a new season directed by Jamie Lloyd at the Playhouse Theatre, which opens on 27 November with James McAvoy in Edmond Rostand’s Cyrano de Bergerac, freely adapted by Martin Crimp. A Doll’s House will run at the Playhouse Theatre from 10 June until 5 September 2020.
‍
Supported by British Airways, The Jamie Lloyd Company are deepening its commitment to making theatre more accessible across their season at the Playhouse - offering 15,000 free tickets to first time theatre-goers(privately invited through a designated outreach programme) and 15,000 tickets at £15 for key workers, under 30's, and those receiving job seeker’s allowance or other government benefits. £15 tickets for A Doll’s House will be released in 2020 – check back soon for more information. 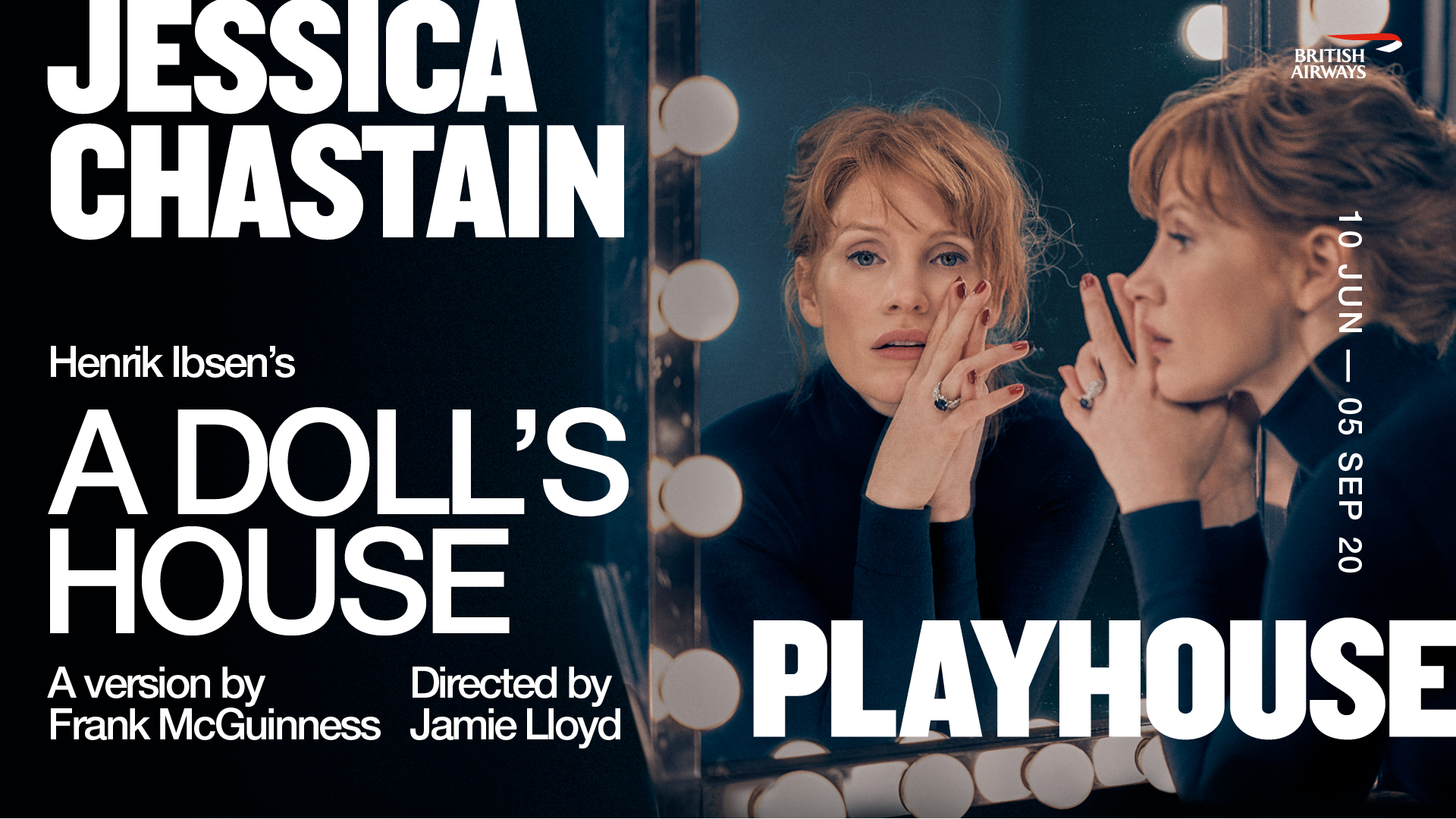 Sign up to be the first to hear when tickets go on sale for A Doll's House.
By signing up you confirm you wish to hear about the best shows and offers from the Ambassador Theatre Group, including A Doll's House. You can unsubscribe at any time. Please see our privacy policy for more information on how we handle your data.